When Swedish Game Fair closed the gates for this year’s fair it was clear that it was a record fair. A total of 26 321 people visited the fair, which was more visitors than ever before. During the fair, visitors were also interviewed by the nordic region’s largest research company for the trade fair, and the rating for the fair is very high.

– First and foremost, a big congratulations is in place! Visitors do not give high but very high grades at the fair. Then I take into account the answers to overall impressions, number and quality of exhibitors, rating of activities, NPS and visitor interest, says Anders Lindhe at the analytics company Fairlink.

The analysis is based on 300 personal interviews among randomly selected visitors during all fair days.
– It feels very good that visitors give the fair such a good score. It is also gratifying that almost 90 percent of our visitors want to visit the fair again. It shows that, as an organizer, we have managed to create a good fair, but also that our exhibitors are good at showing and selling what our visitors want, says Robin Norlén at Swedish Game Fair.

Among the exhibitors, there are several exhibitors telling about record sales, as is evident in the survey. The average visitor at the Swedish Game Fair spent 1300 kronor at the fair.

The survey also shows that 83% of visitors have access to hunting fields and 70% own a weapon. More than half of the visitors also have a hunting dog. The combination of shooting, hunting, dogs with a solid program of activities creates a complete hunting fair that visitors appreciate.

“We also see that we had 26 percent of new visitors, so our efforts on sports fishing, but also in hunting, motor and dogs have given results and got more to open up our biggest fair ever, says Robin.

– With the great growth we have had this year, we see a need to organize the fair every year. Therefore, we have decided that we will run the Swedish Game Fair again on 24-26 May 2019, said Torbjörn Larsson, CEO of the Swedish Game Fair.
Several plans are already in place for next year’s fair, among other things, one will invest in young people and the recruitment of new hunters and fishermen. You will also focus on the food and let the dining experience take a bigger place than it is today. 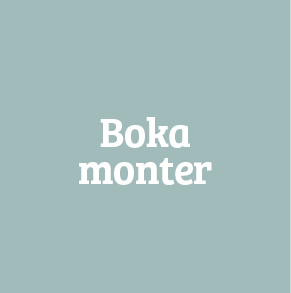